BEIJING: In May 1986 a diminutive veteran of the long and brutal Japanese occupation of China, the then Communist Party chief Hu Yaobang, leaned forward in his oversized armchair and told the Australian prime minister Bob Hawke how he was changing the course of history.

”There can be no peace and stability in the Asia-Pacific region unless China and Japan are friends,” said Hu, after detailing his profound initiatives to build a base for future good relations between the two former enemies.

Hawke’s interpreter was Richard Rigby, a learned scholar on both China and Japan, who had been flown from London to Chengdu to provide linguistic and historical nuance.

Dr Rigby does not recall having ”tears streaming down his cheeks as he translated”, as recorded in Blanche d’Alpuget’s biography of her husband, but he remembers the emotional impact of that moment.

”In the knowledge of the atrocities and depths of China’s suffering at the hands of Japan, to hear what Hu said was genuinely moving,” says Rigby, who went on to be the Australian government’s leading north Asia analyst at the Office of National Assessments and is now head of the Australian National University’s China Institute.

Last weekend in Chengdu, much of whatever remained of that peace-making legacy went up in flames.

Tens of thousands of students in Chengdu and other cities chanted and displayed anti-Japanese slogans and smashed Japanese cars.

The Chinese government denied encouraging the officially sanctioned protests and later contained them. But its media, museums, films and school text books continue to fan the underlying sentiment.

”If they’re worried, then who have they got to blame? They created this,” says Rigby.

It’s not just Japan that has sat back and watched China detonate friendly regional relations. The Obama administration spent much of last year extending its hand of ”partnership” to China’s leaders, only to be scorned, threatened and humiliated. 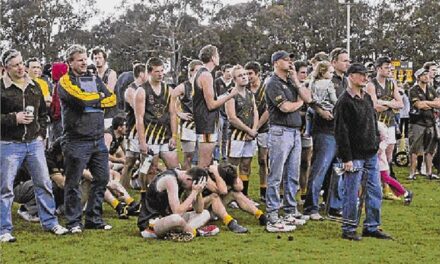