What Are The Types Of Mental Illness? All You Need To Know? 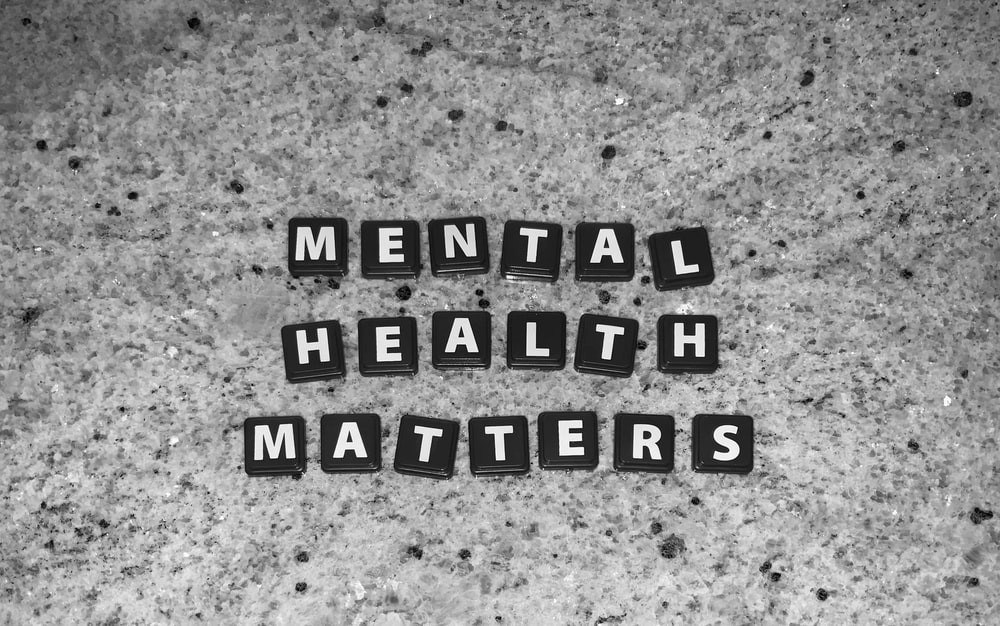 Mental illness is a topic that is often misunderstood by the general public. There are many types of mental illnesses, and they can affect people in different ways. Some may function normally while experiencing symptoms, while others may not work or take care of themselves at all.

Mental disorders are a group of physical and mental conditions that affect how we think, feel, or behave. These disorders can range from the occasional mood swings to more severe cases like depression, where your thoughts constantly overwhelm you with negative energy.

Everyone needs to understand the various types of mental illness to provide support when it’s needed most.

The four essential criteria for a mental disorder include: 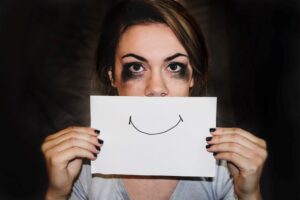 Distress is an emotional state in which a behaviour causes anxiety, bad feelings or other negative emotions for either the person who engages with it or others that come into contact.

The presence of significant emotional, physical, or social distress experienced by an individual as manifested by at least two of the following:

Suppose a person poses a danger to themselves or other people. In that case, that can be seen as a mental illness and one that interferes with their ability to function in society which may put others at risk of being harmed by what they do.

The presence of danger to self or others as manifested by at least one of the following:

Behaviour that deviates from what is accepted within society would also qualify as a symptom of mental illness because it marks them apart from what most people do and believe, causing distress for those around them.

There are two different types of deviance. One is statistical, and the other social.

Suppose a person cannot perform what would be considered their normal daily activities, such as going to work or school and taking care of themselves. In that case, that can also indicate a mental illness. Outside help is usually needed for such mental health conditions.

This is when someone has a problem in their life, and it keeps getting worse. For example, they can’t hold down a job or be normal with friends. When someone gets to this point, they know that they need help and often see it themselves.

Anxiety disorders are mental disorder that causes sufferers to feel fear and dread in response, not just physical signs like rapid heartbeat or sweating. Their main symptom is anxiety. This disorder can range from mild to severe, depending on how many contacts or life interference the individual is experiencing.

Generalised Anxiety Disorder (GAD): A person who experiences excessive anxiety and worries about everyday things for longer than six months.

Social Phobia: An intense fear of being embarrassed, humiliated, rejected or looked down upon in social situations.

Specific Phobia: An irrational fear of objects or situations which results in a compelling desire to avoid it/them.

Panic Disorder: A panic attack is a sudden burst of intense fear or discomfort that reaches a peak within minutes and includes a variety of psychological and physical symptoms.

Agoraphobia: An anxiety disorder where the person fears being in places or situations where escape might be difficult, embarrassing, or they feel unable to get away from whatever it is that’s causing their distress, which can lead to them limiting their lives their activities.

2. Behavioural And Emotional Disorders In Children

A group of disorders that influence how a child behaves, feels, and interacts with other people. It’s essential to seek help for these issues as soon as possible because it can interfere with social development, e.g. Asperger Syndrome or Autism Spectrum Disorder (ASD). Such disorders can lead to problems developing social relationships and fitting into society.

Behavioural and emotional disorders in children could lead to long term consequences if left untreated because this impact one’s ability to function properly at home, school or work.

Bipolar disorder is a potentially severe illness; sufferers may have extreme depression and intense excitement and energy. This can be very dangerous in certain situations, such as driving a vehicle or operating machinery.

The depressive episodes are so severe that the person often has suicidal thoughts. These people need to seek professional help before their condition deteriorates further. 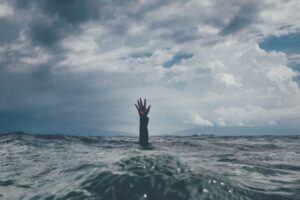 Depression is one of the most common mental illnesses in Australia today. In some cases, this leads to suicide, particularly amongst men who do not seek assistance from professionals. During a depressive episode, the sufferer may often lose interest in day-to-day activities and have feelings of intense anxiety or guilt.

Dissociation is a term used to describe a state where memory, identity or perception become separated (dissociated) from consciousness. It’s not clear how common this is amongst people with no experience of mental illness, but it can be severe in people with specific conditions such as borderline personality disorder.

Dissociation has also been known to occur after childhood abuse and during traumatic events, e.g. accidents, natural disasters etc. The symptoms are usually severe in adults who have experienced prolonged trauma in their lives, whilst children are more likely to experience temporary episodes.

It is classified as an anxiety disorder in which people have an intense fear of gaining weight. This illness is marked by self-starvation and excessive weight loss. People with this disorder often exhibit obsessive thoughts about food and weight gain. Anorexia typically develops during adolescence, although the illness can affect people of any age group or gender.

People with bulimia nervosa engage in frequent episodes of uncontrolled overeating known as binge eating. After these episodes, they compensate for the excess calories by purging, inducing vomiting or misusing laxatives. Unlike anorexia, bulimia doesn’t involve significant weight loss.

It is similar to bulimia in that people with this condition feel compelled to overeat large amounts of food at one time (binge). The main distinction between binge-eating disorder and bulimia is that people with BED don’t purge their bodies of the extra calories.

Obsessive-compulsive disorder is an anxiety disorder categorised by feelings of doubt in combination with repetitive thoughts or actions. OCD causes people to have persistent, unwelcome thoughts or ideas (called obsessions) that make them feel anxious or uncomfortable. They may also feel compelled to perform certain routines repeatedly (compulsions).

It can include mental rituals such as counting, praying, repeating words silently, keeping things extremely clean or organised, arranging items in a particular way or using excessive amounts of hand sanitiser when they don’t believe they are spotless. The severity of the obsessive-compulsive disorder can vary from person to person.

Post-traumatic stress disorder is a mental health condition typically triggered by one or more traumatic events in a person’s life, such as war, combat, serious accidents or natural disasters. After experiencing a terrifying event like this, people often relive the ordeal through nightmares and flashbacks, have difficulty sleeping, become irritable or startle easily.

They may also feel hopeless or depressed, lose interest in activities they used to enjoy, feel detached from other people, experience trouble concentrating and remembering details or engage in self-destructive behaviours like substance abuse or reckless driving.

“Schizophrenia is a chronic, severe mental illness. It affects how a person thinks, feels and acts.”

Schizophrenia has no cure, but treatments such as medications and talk therapy (psychotherapy) can help manage symptoms and improve quality of life.

Mental illness is a complex and nuanced topic. It can be challenging to understand what mental illnesses are, how they differ from one another, and the best ways for people with different disorders to manage their symptoms or maintain wellness. But doing so could save a life or make a living with someone suffering from mental illness easier.

Whether you are experiencing depression yourself or know somebody who has been diagnosed with any mental illness, it’s essential to seek help from professionals. 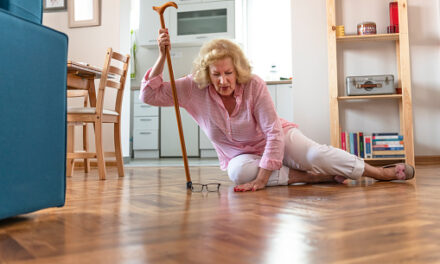 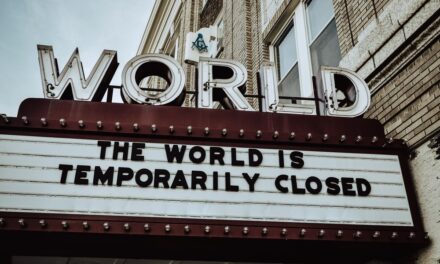 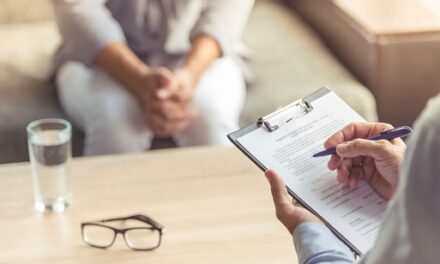 How To Get Help For Mental Illness During Covid? 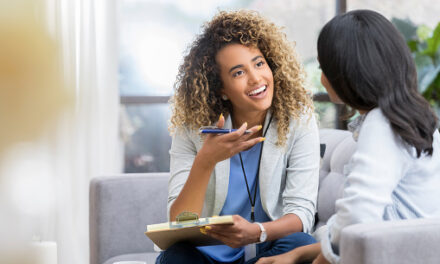