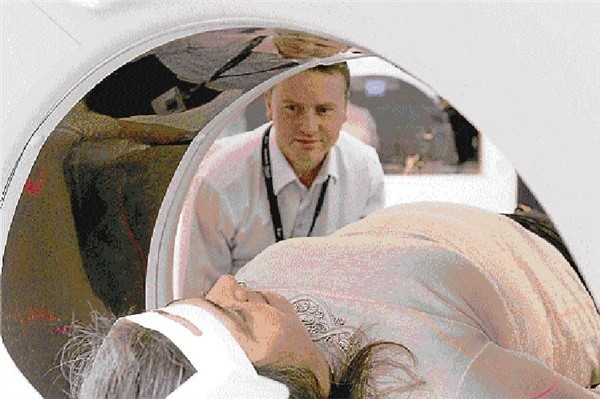 A MAJOR breakthrough at Monash Medical Centre could help some severe asthma patients reduce their medication and avoid hospitalization.

A team of researchers has developed a new, non-invasive method to diagnose vocal cord dysfunction (VCD) in asthma patients.

If the VCD was diagnosed and managed properly, it could also reduce the severity of asthma, he said.

In a world-first, the team has created a revolutionary technique to identify VCD using a high-definition X-ray scanner.

“Before the diagnosis, I used to take four inhalers and was hospitalized one to two times a year,” she said.

“I never thought I could die from it, but the first time I was really afraid was when I was in the hospital for an asthma attack. I thought I was about to go home then the next thing I realise I’m staring up at an IV drip from a bed in the emergency department. I had lost consciousness.”

Since her new diagnosis, Ms. Flintoff uses only one inhaler and manages her VCD with a series of breathing exercises.

“I’m a lot more relaxed now and I don’t panic about asthma attacks. I just try to breathe deeply and keep myself calm.”

Her new treatment regime also enables her to save about $2500 a year on the cost of medication.

Professor Bardin said the scanner made it possible to evaluate accurately how the voice box worked without having to do an invasive procedure.

“The CT scan can be done in less than 10 seconds.

“The new scanning abilities allow doctors to create volume-rendering reconstruction enabling them to better detect problems with asthma and vocal cord dysfunction, and any possible hidden problems which would normally be too difficult to detect.”