AGED-care providers have been told get ready for a migrant ageing population that has just hit its peak.

A conference in Melbourne last week also heard that Monash could be one of the most effected municipalities, with a significant older migrant population.

According to a 2006 DHS study, about 33 per cent of Monash’s culturally and linguistically diverse (CALD) population was older than 45 years – one of the highest rates in Victoria.

In some ethnic communities, about 70 per cent of residents were older than 70 years.

MsPetrov said the growing numbers meant it was harder to find staff and volunteers to help those residents. “It’s a challenge for the whole of the aged-care industry.

“Some providers have given a lot of thought and planning to meet the needs of their CALD base, others are failing to see the immediacy of the issue.”

She said aged care providers had to train staff who were bilingual and culturally aware, or utilise interpreting services to ensure they gave migrant clients optimal care.

She said a large number of residents had a non-English speaking background, but only a few could not speak English.

“We have clients of every culture and religion [but] it’s easy to cater for them.

“We have a long list of alternative staff if needed … we look at alternative diets and what they prefer.”

“We would not reject anyone who can’t speak English.” 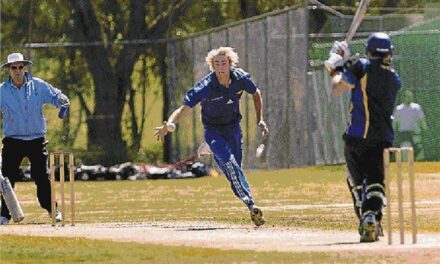