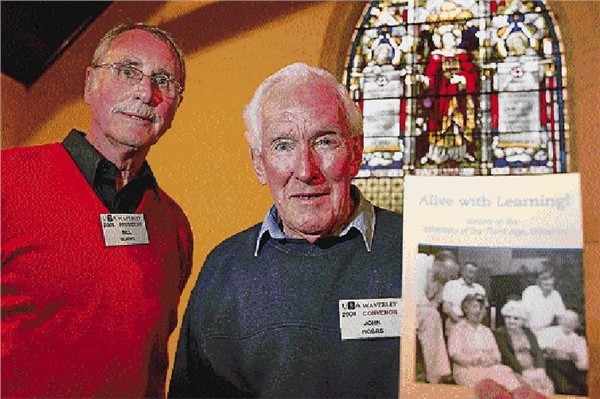 IF there was a motto for the University of the Third Age Waverley, it could be “you’re never too old to learn”.

One of the original four University of the Third Age centres in Australia, Waverley will mark its first 23 years with the launch of its history, Alive With Learning, this Friday.

Secretary Pat Morwood said the book was inspired by the recent death of the centre’s inaugural secretary, Yvonne Turner.

Her death took away a large slice of the centre’s history, and members felt a book on the centre’s early history needed to be written before it was too late.

Since 1985, the centre has had a nomadic existence, shifting from Monash University to Wellington Primary School to Chadstone, and it’s now at StStephen’s and St Mary’s church hall in Mt Waverley. Run by volunteers, the centre teaches 40 subjects to students 55 and older.

Many of the tutors share their lifetime hobby. An example is 93-year-old John Hobbs, who teaches an armchair travel class; another is a 90-year-old tutor who teaches classical music appreciation.

President Bill Burns said the centre’s ethos of lifelong learning fulfilled a need for retired people who were “looking at more than digging in the garden”.

The centre’s membership, though 500-strong, peaked 10 years ago. Mr Burns said student numbers had been eroded by new groups such as Probus and by new time demands on retired people.

“Some elderly people are almost full-time carers for their grandchildren. I’ve heard of some U3As who plan to put on night classes.”

MsMorwood said the U3A movement, which began in France, had spread throughout Australia, but the centres still had an unknown quality.

“I imagine a lot of people would be sitting at home out there who would be scared by the word ‘university’. But there’s no stigma, there’s no need for previous studies, and we’re open to all colours and creeds.”

Alive With Learning will be launched at 2pm, Friday, at St Stephen’s and St Mary’s Church hall. 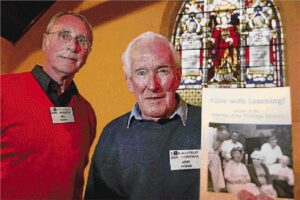