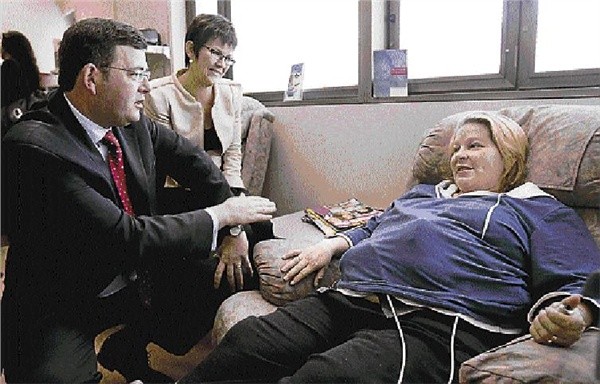 EXPECTANT mum Amelia Harmes is grateful she is in a country with the technology and expertise to manage complicated pregnancies.

After suffering complications with the birth of her first child three years ago and now 30 weeks pregnant with her second, MrsHarmes know only too well the value of quality medical assistance.

She praised the state’s health system when Health Minister Daniel Andrews stopped by her chair at the foetal monitoring unit at Monash Medical Centre.

MrsHarmes had been at the hospital for the past month since she was diagnosed with diabetes and intermittent absent flow through the placenta.

Every day since, she has had an ultrasound and her unborn son’s heart rate is monitored for about an hour.

Despite losing a twin during her last pregnancy, MrsHarmes feels at ease about her current pregnancy.

“Call it mother’s instinct, but at 26 weeks I knew something was wrong and insisted on an ultrasound,” she said.

MrsHarmes said her second son would be delivered by caesarean section if he became distressed.

“It is a bit daunting, but I feel safe being here with the experienced midwives and nurses and the equipment available.” 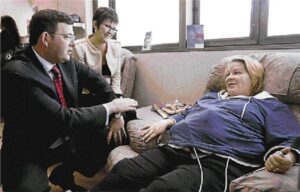 See & Do: What’s on around town